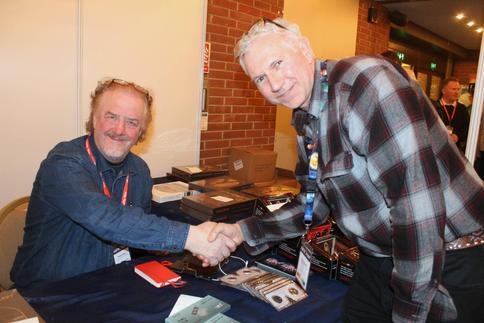 These will be the subject of a future book, we have to restrict publishing rights to a higher quality form of each image. (x1,y1,z1 etc represents RBG colour layers of each image).

The two images were taken 1 mile apart of an aircraft and a satellite. Measurements can be taken from both to calculate distance and relative velocity.

With two identical cameras spread 500 metres apart or more, 3D imaging of objects high up in the atmosphere and low earth orbit becomes possible. Pairs of pictures can be combined for a red / green 3D image. Plus measurements can be made that will give height, direction and velocity. This can give useful data for Meteors, Satellites or anything else unexpected flying overhead. Just a simple trigonometrical process is all that's required as shown below.

We have a 3km long perfectly straight section of road leading to the Oasis; it is used seldomly each day. It will allow 3D imaging of satellite orbits up to around 3000km high. Auto-cameras will be built on our property to later give nightly 3D traces of almost everything that moves up to 250km away. 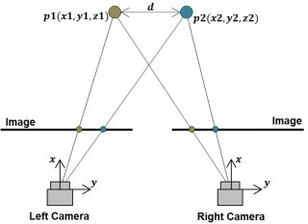 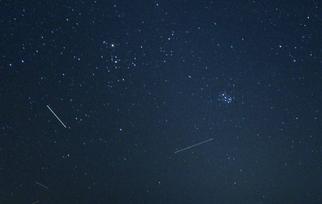 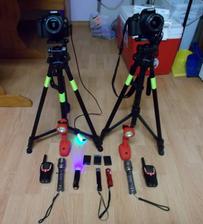 Our set-up for small scale 3D images as demonstrated below... 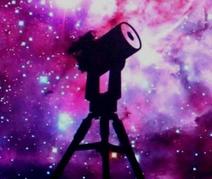 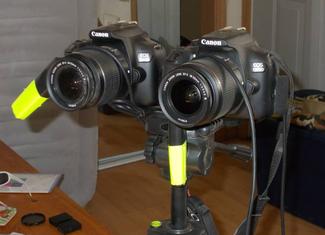 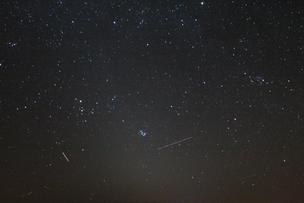