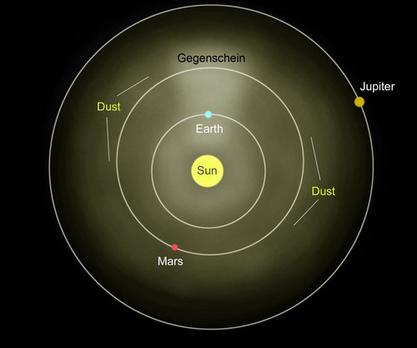 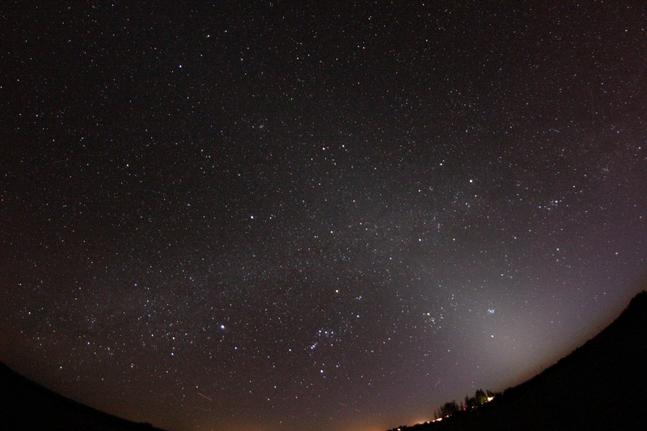 Between Jupiter and the Sun is a region that is home to a massive volume of dust particles left behind by Comets. When the Earth is at a particular angle between the Sun and these particles, the sunlight is reflected to earth. As this generally follows the Zodiac Constellations, the light is known as the Zodiacal Light.  A very rare phenomena to be witnessed from the UK, but easily seen from Arizona.

The Milky Way is running almost horizontally here, and the Zodiacal Light is from the right hand horizon toward the centre. Incredibly rare to see from most parts of the world, but can be seen visually and photographically from Arizona. The light from a direction as shown in the diagram is also known as Gegenschein.