The picture below left is of a remote controlled observatory in Flagstaff, Arizona; just 300yds from where Pluto was discovered. Another is privately owned just north of Winslow. We intend to build a similar system to this scale so images can be made by anyone via a simple subscription. Only a small number of such systems exist in the world and some charge a great deal of money for each image. We hope to make high quality imaging accessible to all that desire it at low cost without buying their own equipment costing thousands of pounds and spending hundreds of hours trying to get it to work in the freezing cold. Anyone can fill out a simple form of what image they desire and as soon as the picture is taken it will be e-mailed back.

Our site is higher and darker than the major Mt Palomar, Mt Wilson and Mt Hamilton Observatories of California. It is darker than the Kitt Peak Observatory in southern Arizona as we haven't got Tuscon on our doorstep. 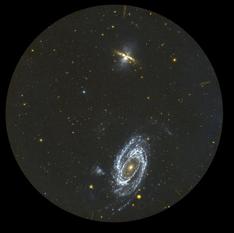 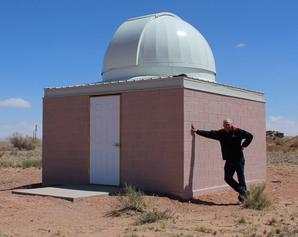 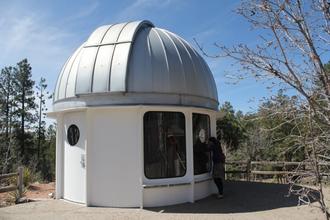 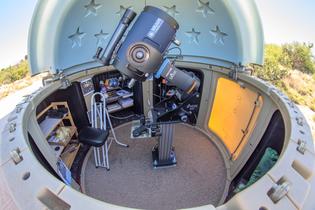 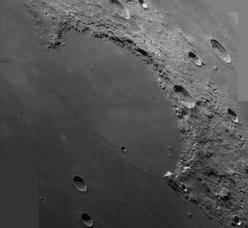 Images and animations of the quality shown here should be possible