This venue is the very first place I ever gave a talk in the USA. Terri McIntyre asked me to attend her class in October 1992. I gave her 5th grade pupils an inside view of England. I showed them some English currency as well as mentioning I had never met the Queen... Terri is on the far right.

Meteorite 'discovered' 1921 in Sanders. Now on display in the Field Museum, Chicago. Several other fragments have been found. 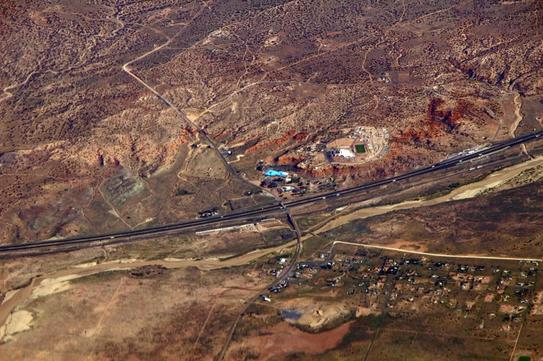 Directly off Interstate 40 at exit 339 is the small town of Sanders. It has a Post Office, a gas station, fire station, a Family Dollar store, two schools, a supermarket and six churches. 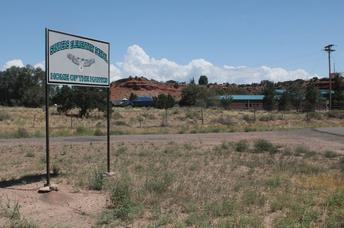 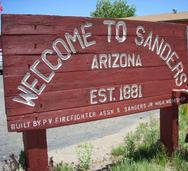 Sanders from the air. Route 191 running toward the bottom of the picture. Interstate 40 is the horizontal road. The school has the turquoise coloured roof. 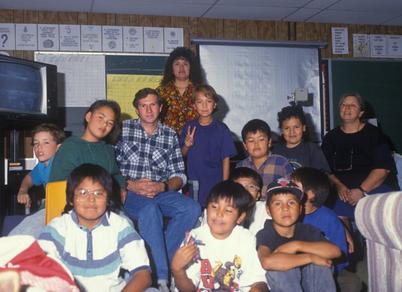 The edges and walls of the fissure are smooth and rounded, indicating that they were subjected to heat and erosion during the meteor's flight to the earth. They also indicate that the fissures were formed, not from the impact of the meteorite upon the earth, but from shock and air pressure after it reached the earth's atmosphere and prior to its fall. 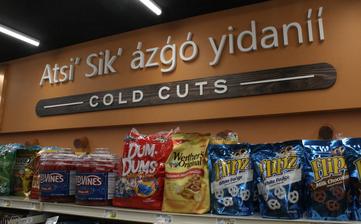 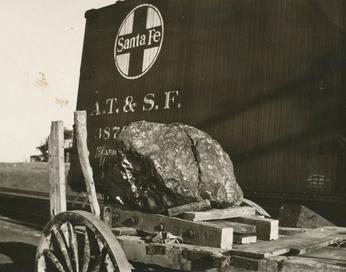 Cement Factory, western Sanders next to Interstate 40 imaged by my drone. 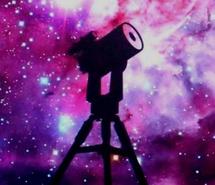 A new shopping complex being built at Sanders; March 2018